What began as a small mining settlement is now an outer suburb or Greater Melbourne and the home to around 7,000 people.  The township is set around its attractive central lake as a major recreational area and one of three locations for Puffing Billy stations in the area.

The movement of people into the Emerald area of the Dandenongs was sparked by a brief discovery and working of gold in the 1850s. The township which formed in the late 1800s is named after one Jack Emerald, an unfortunate prospector who was murdered in the local creek. 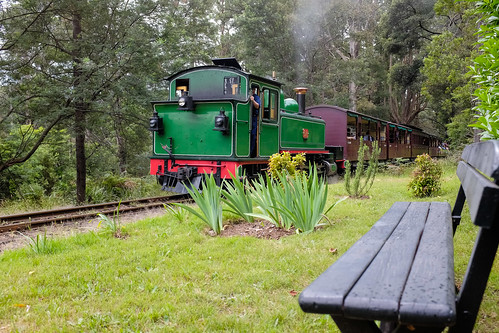 By jjron [GFDL 1.2], from Wikimedia Commons

Cardinia Reservoir is located just south of Emerald and in addition to the reservoir, offers park lands with bush walks, playgrounds, picnic and barbecue facilities and the chance to see the plentiful wild kangaroos that are found there. 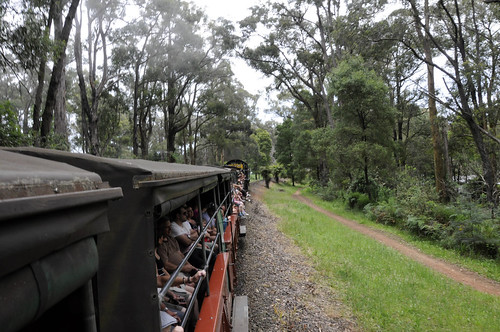 The tourist narrow gauge railway, Puffing Billy, on runs between Belgrave and Gembrook passes through the Emerald area and has three stations there.  One at the township, one at Emerald Lake and a when required stop at Nobelius.

Emerald Lake or Lake Treganowan, is a major recreational location for people of the local area or those passing through. The lake offers picnic and barbecue facilities.playgrounds, a swimming pool, paddle boats on the lake and even fishing. The lake is also the site of railway station for the Puffing Bill tourist railway.