The Puffing Billy Scenic railway is a tourist railway run and maintained by volunteers that goes between Belgrave and Gembrook through the Dandenong Ranges.

The Puffing Billy line was opened up as a working narrow gauge railway in 1900 taking passengers and produce from the local farms and communities to and thro. The line was closed in 1957 after a landslide blocked the track and alternate commercial transportation found.

A remarkable volunteer force, that to this day maintains and runs the railway line, re-opened the line beginning in 1962 as a tourist railway.

By Andy McLemore from ...in a little town where everybody wishes they were somewhere else, United States of America (Puffing Billy) [CC BY-SA 2.0], via Wikimedia Commons 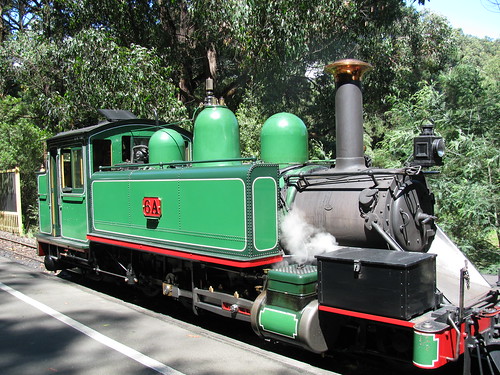 "Puffing Billy" (CC BY 2.0) by holidaypointau

The Puffing Billy Railway has a fleet of locomotives and carriages that are used or are on display at various times.  In addition to the regular scheduled station runs there are different theme train runs including dining carriages, music trains and Santa runs.

Nick carson at English Wikipedia [CC BY 3.0 ], via Wikimedia Commons

Puffing Billy passes over several trestle bridges which are maintained but remain essentially as they were built in 1899 by 180 men over a period of 16 months, using native bush timbers. 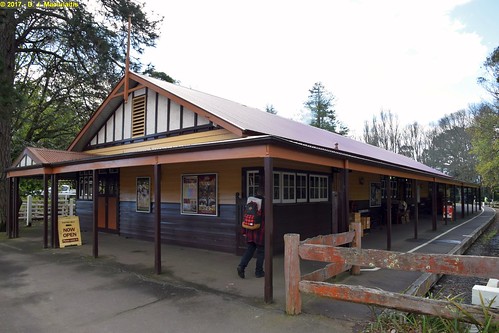 Gembrook station at the eastern end of the Puffing Billy line.