Home / Places To Go / Victoria / Wimmera and The Grampians / Avoca

Avoca is a former gold mining town located within the Golden Triangle of the goldfields, has successfully made the transition from mining to agriculture. The town is known now as the gate to the Pyrenees wine region.

The bridge on the Pyrenees Highway crossing the Avoca River. The Avoca River rises in the Pyrenees Ranges to the west of Avoca and makes its way north to join the Murray via the Kerang lakes. A bridge across the river was originally built in 1863, modified in 1870 and rebuilt as the current concrete structure in 1956.  Evidence of the earlier bridges still exist at the site. 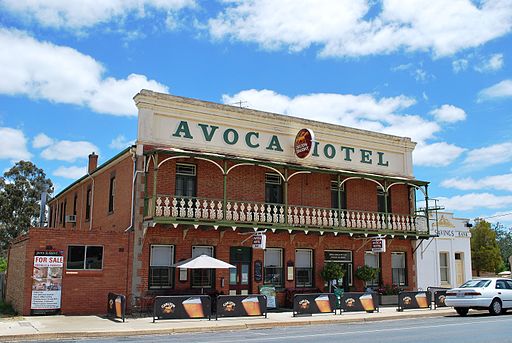 The heritage listed, award wining Avoca Hotel was built in 1870 on the site of what was the original Avoca Hotel built during the times of the Gold rush in 1854.

By Peterdownunder (Own work) [CC BY-SA 3.0], via Wikimedia Commons

A Chinese burning tower in  the Avoca cemetery used to burn offerings as part of Chinese burial ceremony.  The tower now part of a memorial to the thousands of Chinese who worked the mines in Avoca or passed through there on their way to other fields. 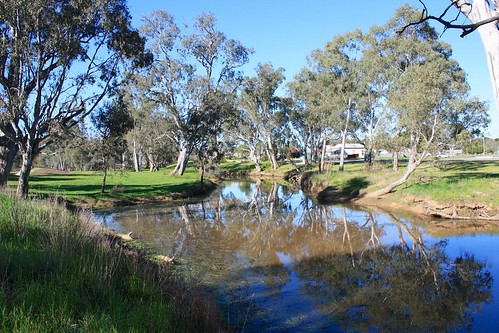 After good reports on the area were received from the explorer Major Mitchell, sheep and cattle runs began to spring up in the area in the 1840s.  It was not until gold was discovered first in the Pyrenees Ranges to the west and then in the Avoca area itself in 1853, that the township exploded into existence with the population reaching 2,200 by the end of 1853 and was recorded as 16,000 by mid 1854. By 1895 most of the major mines in the area had closed.

The remarkable heritage listed Avoca Primary School No. 4. The school was built in 1878 due to the fact of the large and growing number of children in the region due to the population first spiking through the gold rush and remaining high through later mining activities and the local farming community. This was a completely sensible design by Henry Robert Bastow and consisted of large verandas around the school that not only kept the school cool (before air conditioning) but offered exterior shelter for the children. This design became the model for 25 or so other schools. 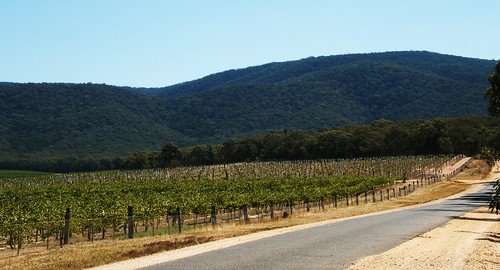 A view of the Pyrenees ranges from Avoca, across fields of grape vines.  In addition to grapes and abundant wineries the area is surrounded by cattle and sheep pastoral runs and grains grown on the northern plains