North of Mount Arapiles, north east of Horsham and stretching to the South Australian border from just east of the town of Dimboola, the Little Desert national Park is 132,000 hectares of arid land and yet supporting many, many types of plant and animal species. 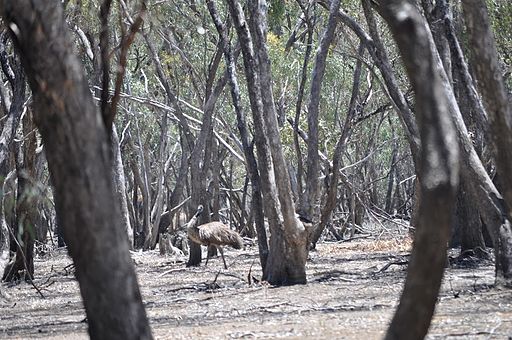 By Francesco Veronesi from Italy [CC BY-SA 2.0 ], via Wikimedia Commons 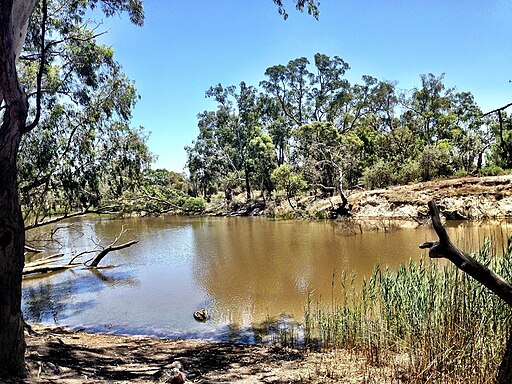 The Wimmera River forms the eastern boundary of the national park and the river and wetlands are a haven for birdlife. Camping grounds are available next to the river. The name ‘little desert’ does not adequately describe the park in that it is not a desert and at 100 kms by 25 kms could hardly be called little.

While many of the tracks through the park require 4WD. there are three camping grounds at Horseshoe Bend, Ackle Bend and Kiata that can be access with 2WD vehicles. Horseshoe Bend camp site is on a bend in the Wimmera River. There are other camp sites in the park that can accessed by hikers. Limited facilities exist at the sites and some required pre-booking so best to check with Parks Victoria first.

Of the larger animals; kangaroos, possums and emus are often seen in the park. 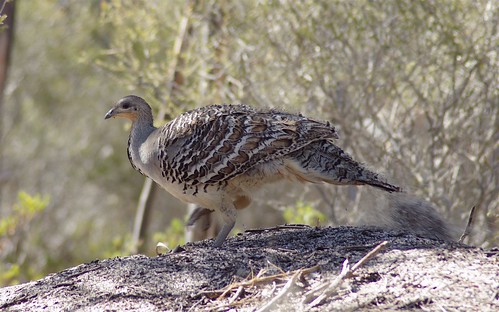 A mallee fowl sitting on its mound nest.

The park was originally meant to be a much smaller area  and consisting of 200 hectares of the Kiata Lowan Sanctuary protecting fourteen Mallee Fowl nesting grounds.  The park was expanded to 945 hectares in 1968 and the surrounding area was to opened to farming by the government of the time.  Wimmera residents drove their argument that the land would have far more value maintained as a national park and so it was, the park was extended to 33,000 hectares in 1969 and its current 132,000 hectares in 1988.