Located just a few kilometers east of Halls Gap and the Grampians National Park, Stawell is a town of some 6,000 people which was born of the Victorian Gold Rush and is the only place in the state where gold continues to be commercially mined. It is the major township in the Grampians region of the Wimmera, 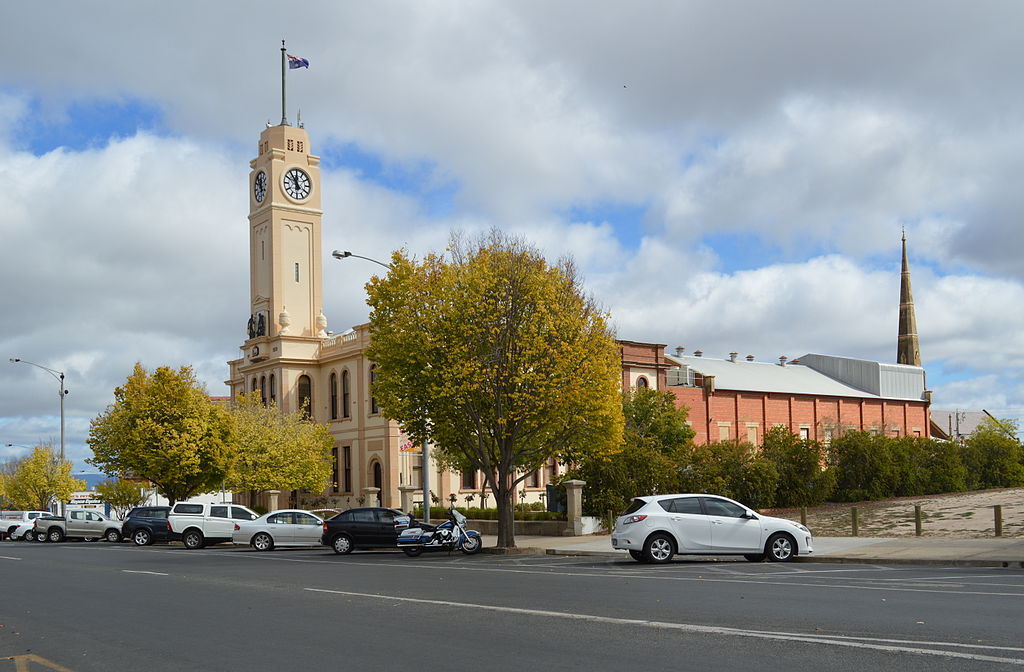 By jjron [GFDL 1.2], from Wikimedia Commons

The imposing Stawell Town Hall is a landmark in the town.  The front section of the building was built in 1873 with the rear hall being added in 1924 and the art deco clock tower with its cast miner figures in 1939. 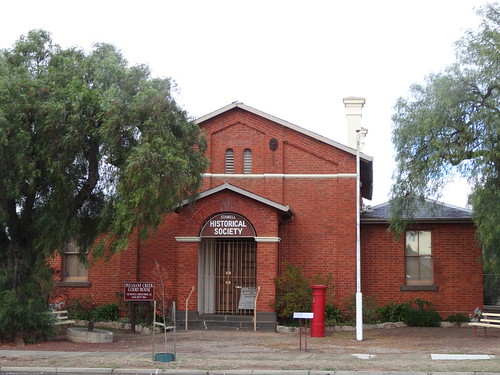 The Pleasant Creek Court House was built in 1859 and used for a short period as a court house before the population shift that occurred in the area resulted in a new court house being built at ‘Quartz Reefs’ or what is now Stawell.  The building is now used by the local Historical Society.

The Stawell Post Office was originally built in 1874 in the Victorian Italianate palazzo style common for public buildings in the 19th century. With some renovations, the exterior remains mostly true to the original style, with interior modifications occurring in 1923.

By Mattinbgn (talk · contribs) (Own work) [GFDL or CC BY 3.0], via Wikimedia Commons

A tale of two towns

The history of Stawell is the tale of two towns. In the 1850s during the Victorian gold rush, two settlements were established east and west, in the current location of the town. ‘Pleasant Creek’ in the west and ‘Quartz Reefs’ in the east. Pleasant Creek was given the first post office and apparently was marked out to be the major settlement. However, by 1868 the population of miners at Quartz Reefs was around 6,500 with Pleasant Creek only being 200. Quartz Reefs was renamed Stawell and Pleasant Creek later became Stawell West. 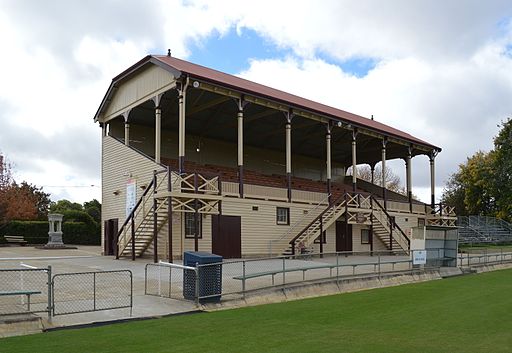 Central Park and the Stawell Gift

The grandstand at Central Park built in 1898 for the running of the Stawell Gift. The location had been used by miners all the way back to 1860 as a field to play cricket. However, in 1877 the Stawell Athletics Club was formed and this began a long tradition of the professional foot race named the Stawell Gift which was moved to Central Park in 1898. The Gift has occurred every year since with the exception of the years of World War II. By 1884, the event had become an international one with not only runners from all around Australia competing but those from the USA and Europe too. The event now is a three day affair, culminating with the 120m handicap Gift race. 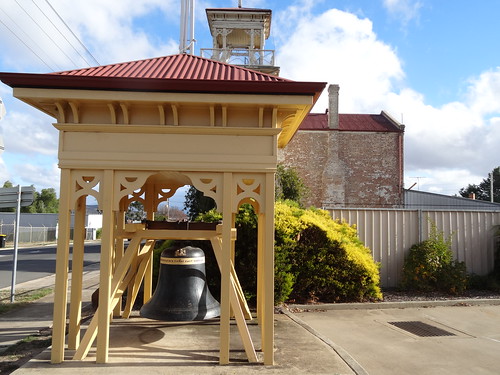 Stawell. The Lady of Stawell Bell" (CC BY-ND 2.0) by denisbin

The ‘Lady of Stawell’

Replacing smaller warning bells, the ‘Lady of Stawell’ bell was commissioned by the Stawell Fire Brigade and installed in 1880 in a bell tower to warn the township of impending dangers from fires and any mishaps in the deep mines that located around the town. 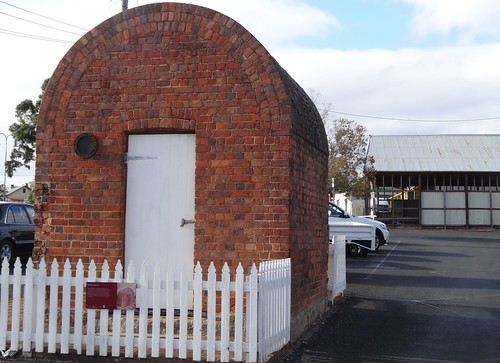 Preserved as a reminder of the golden history of the town is the heritage listed Powder Magazine.  The magazine was built at the direction of Thomas Brown, a local ironmonger and timber merchant, circa 1875 for the local miners to store their blasting powders.

Site of the Underground Physics Laboratory

Using an old gold mine shaft and a 1,000m underground, Stawell is also the site of the Stawell Underground Physics Laboratory. It is one of two underground particle physics laboratories being established in the Southern Hemisphere.