Mount Arapiles rises 140 meters above the Wimmera Plains and is one of the most well known rock climbing sites in the country.  There are literally thousands of possible climbs amongst the cliffs and cracks of the mountain and many that are well known and  have their own names. The mountain is 10 kms west of Natimuk 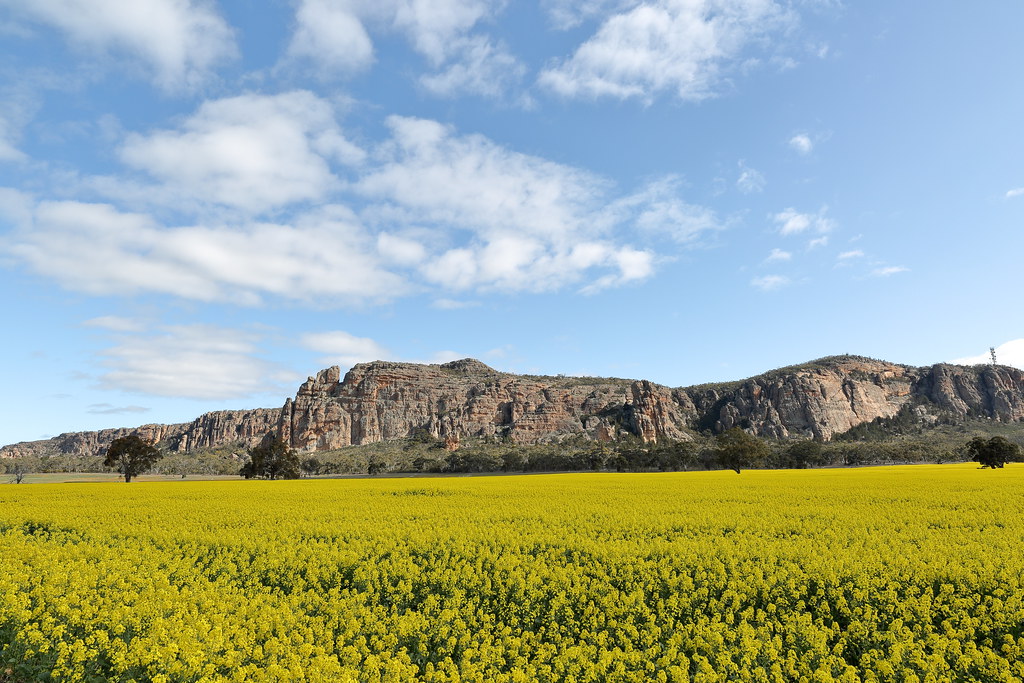 Mount Arapiles" (CC BY 2.0) by blachswan

Peter Neaum [CC BY 3.0 ], via Wikimedia Commons
The summit gives a remarkable view of the surrounding plains. It is also possible to reach almost to the the top of the mountain by road and via two walks from the Centenary Park camping ground on the east side of the mountain. The Centenary Park camping area includes three different camping areas with spaces for over 300 people. The sites vary in facilities and all must be pre-booked through Parks Victoria. There is legend that when the notorious bushranger ‘Captain Melville’ (Frank McCallum) was captured in 1852, he boasted to his captors of a horde of gold he had hidden at Mount Arapiles and that no one would find it.   While many have searched, so far, Melville’s prediction has come true. 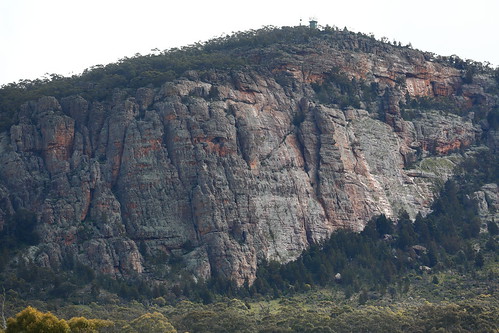 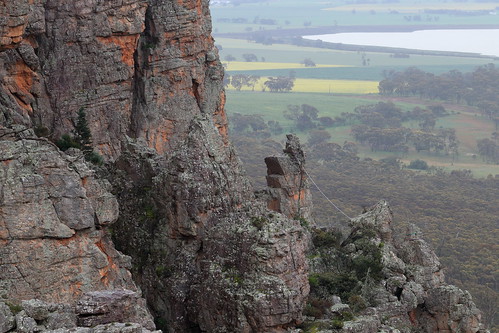 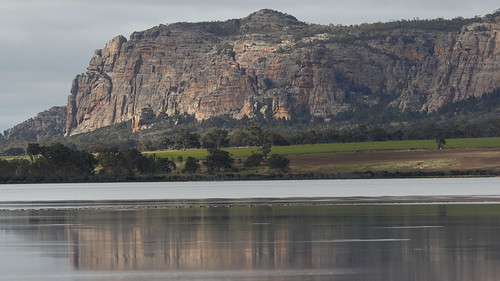 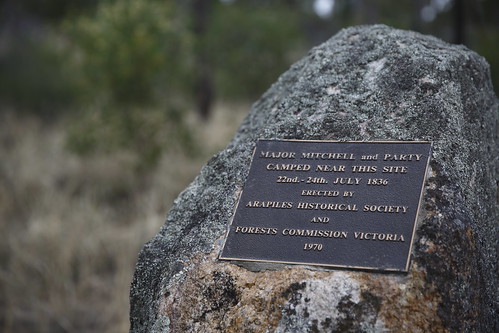 Major Mitchell" (CC BY 2.0) by blachswan

The monument celebrating the explorer Thomas Mitchell, the first European to climb the mountain in 1836.  It is said that when Mitchell reached the summit it was the anniversary of his brother’s death during the Spanish Peninsula War and Mitchell named the mountain after the two hills that were fought for as part of the Battle of Salamanca, Los Arapiles.