Apart from its natural beauty, this fishing port includes 50 historic buildings classified by the National Trust. Included in these is Mills Cottage, a whaler’s home from before Melbourne was settled and the Old Caledonia Inn which is one of Victoria’s oldest hotels. 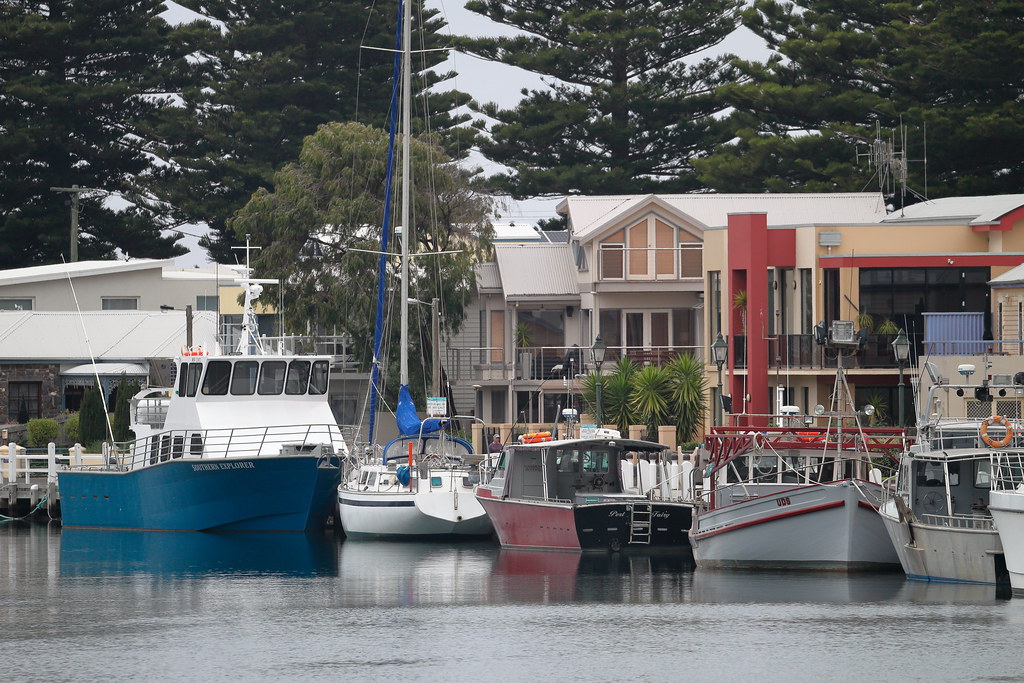 By Mattinbgn (talk · contribs) (Own work) [GFDL or CC BY 3.0], via Wikimedia Commons

Built in 1847 for a Captain John Saunders and named the ‘Stag Hotel,’ the building continued as a hotel until 1873 when it became a home for boys and girls for a time. Happily the building is now once again being used as a residential hotel. 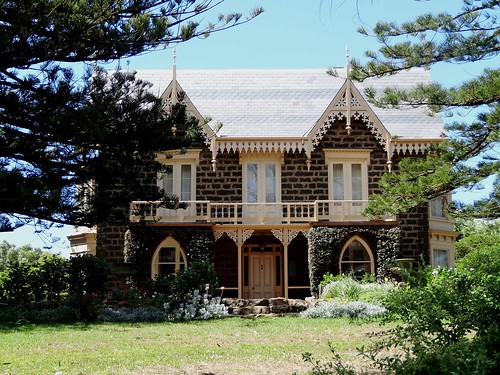 Port Fairy. Talara House. A beautiful Go" (CC BY-ND 2.0) by denisbin
In 1856 Diamond John Howes purchased the land for his house and built a simple stone cottage as a beginning. The larger and quite elaborate gothic revival style, bluestone house that can be seen today, followed in 1858. 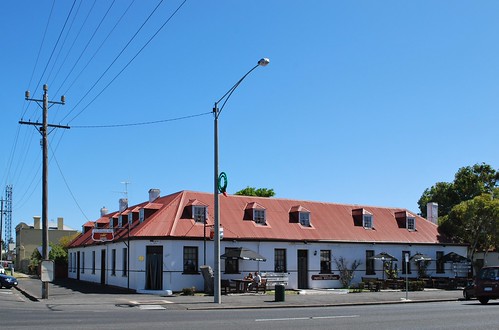 The Caledonian Inn, said to be one of the oldest hotels in the state. Work was started on the original construction in 1844 and while some aspects of the building were put in place, apparently the workers dropped tools and went to the goldfields before it was finished.

The town was originally named Belfast but was renamed for the cutter Fairy which visited the bay in 1827 to explore the Moyne River, on which the town stands.

Due to the safe mooring along the Moyne River, sealers and whalers from Tasmania had used the area, setting up huts and camps for short stays.

James Atkinson obtained a license for 5,000 acres west of the river in 1839 and began clearing the area to set up a township and one soon formed.