A town of some 7,000 people, Yarrawonga sits on the shore of Lake Mulwala on the Murray River and is joined with the township of Mulwala on the New South Wales side by a bridge across the lake.  The town has been a transit point for people crossing the Murray right back to the 19th century and is a popular water sports holiday destination.

By Mattinbgn at English Wikipedia (Transferred from en.wikipedia to Commons.) [Public domain], via Wikimedia Commons

The township sits on the shores of Lake Mulwala formed by the damming of the Murray RIver at the Yarrawonga Weir.   The lake is a popular water sports venue including water skiing, kayaking and fishing. 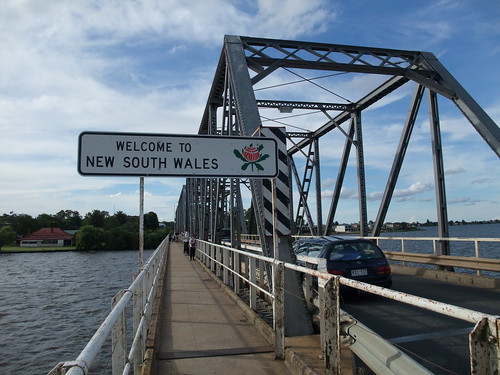 Welcome to New South Wales" (CC BY 2.0) by goosmurf

The bridge that crosses Lake Mulwala to Mulwala on the New South Wales side of the Murray River. The crossing of the Murray River has always been an important aspect to the township going right back to the punts that ferried travellers across in the 1800s 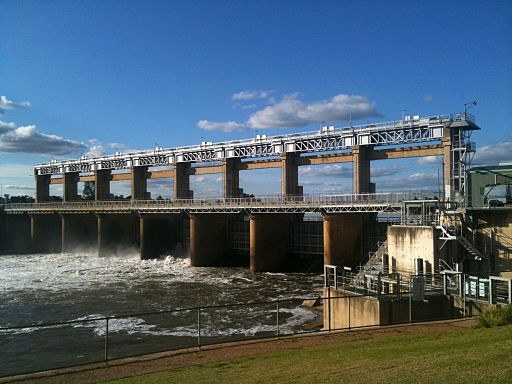 A number of years of drought in the region prompted the building of the weir to act as part of a regional irrigation scheme. Work began on the weir itself in 1935 and it was completed in 1939. The area that was to be inundated and to form the lake was prepared by chopping down the trees in the area and done by many of the local people in time for the weir’s completion. 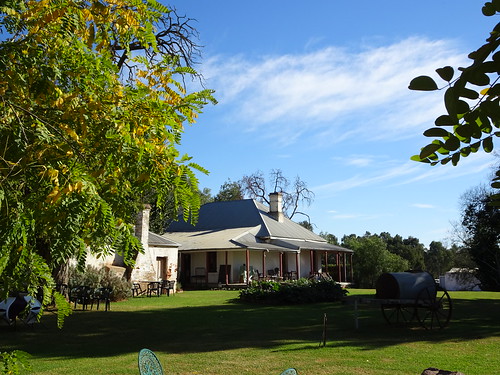 "Bryamine. Near Yarrawonga on the Murray." (CC BY-ND 2.0) by denisbin

The Yarrawonga region had long been the home of Pangerang Tribe and its is said that the name of the town comes from their words for ‘yarra,’ meaing ‘water running over rocks’ and ‘wonga’, the name for the wonga pigeon , which were abundant in the area.

The first European settlement was the sister of the explorer Hamilton Hume, Elizabeth Hume. After her husband was killed by a bushranger , Elizabeth Hume, with the assistance of her brother, set up ‘Yarawonga Run’ and her homestead of Byramine for herself and her nine children.

The township itself formed around being a crossing point of the Murray River for those travelling to the goldfields and by 1878 a village had formed.