A gold rush town enroute to the Grampians.

Ararat, named after Mount Ararat just 10 kms south west, is a rural city that services the local wool, beef and Grampians wine industries. The township is in the far western corner of what was known as the Golden Triangle during the gold rush days.enroute to

While full of wonderful gold rush era buildings, it is a modern city of around 8,000 people or taking in the entire Ararat region, around 12,000.

A few kms west of the city is the Grampians National Park and Ararat is an ideal spot to base any vacation reaching into the Grampians. 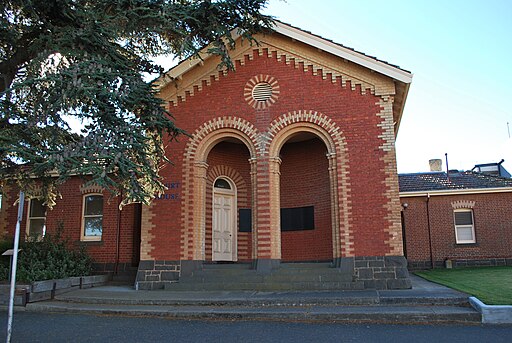 The ornate Ararat Court House was built in 1886 – 87 and still operates as this for the city. The building has had several additions over the years, however the original front facade remains intact and includes many original fittings.

By Mattinbgn (Own work) [GFDL or CC BY 3.0], via Wikimedia Commons

The former Shire Hall was built in 1871 on what was the town’s central market square and with its grand facade, is part of the heritage Civic Precinct with the old town hall. Built in the Renaissance Revival style, it stands as witness to the wealth and prestige of Ararat at the peak of the gold rush. 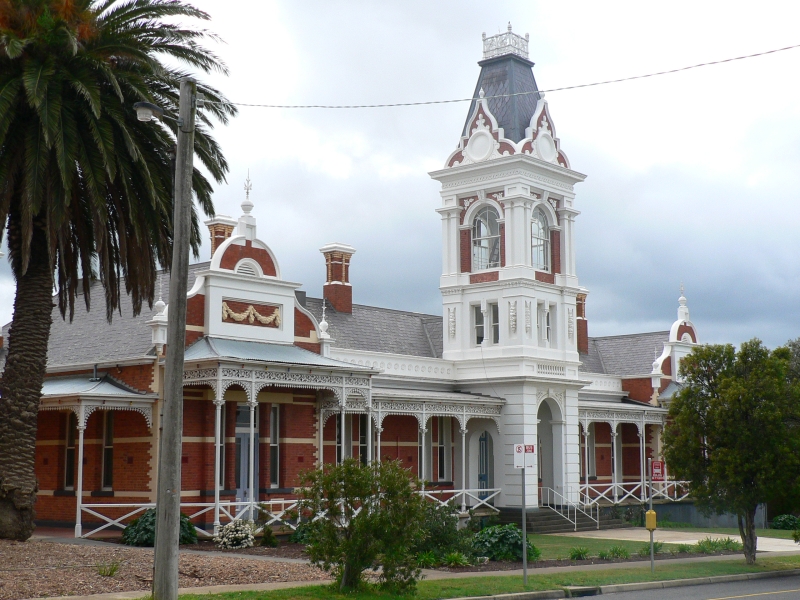 By Rulesfan at English Wikipedia (Transferred from en.wikipedia to Commons.) [Public domain], via Wikimedia Commons

The former Ararat hospital, Pyrenees House was built in 1886 as a general hospital. The hospital was built in the Queen Anne style which had just arrived as a style in Victoria after being popular in England. Currently the building is used as an Education Centre and conference rooms.

‘Gold Diggings’ by Edward Roper.  Oil on Canvas.  1854. The Ararat goldfields as seen through the eyes of the artist. 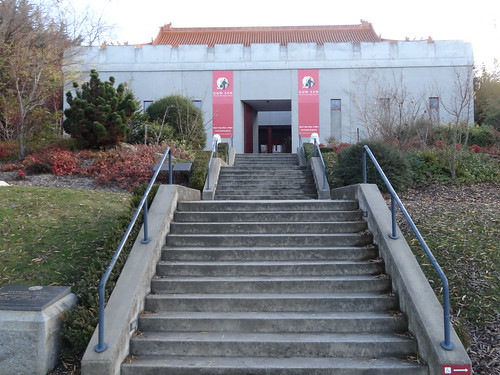 There were European settlers in the Grampians from around the 1840s. In 1841, Horatio Wills, a pastoralist, passed through the area and upon seeing Mount Ararat wrote in his diary, “like the Ark we rested” and so named the mountain after the fabled resting placing of the biblical ark. While the town was known as Cathcart until 1857, it soon was known simply as Ararat due to mountain that dominated the region.

The quiet rural settlement was never to be the same however, when in 1854 gold was discovered in the region by 700 Chinese miners who stopped at a local stream to replenish their water supplies and found the Canton Lead, one of the world’s richest shallow alluvial goldfields that stretched to eight kms in length. The population soared in coming months to 30,000 or so. Of course, the gold eventually ran out but the township successfully continued as a regional and tourist centre.