The village provides relaxed holiday accommodation including a caravan park.

There are actually four pristine beaches of fine sand along the 800 meter long sway of the bay divided by rocky outcrops.

Local legend has it that the discovery of the beach was when the good Captain fell asleep at the wheel and with good fortune grounded his vessel on the sandy beach rather than on the several rocky outcrops along the shoreline. 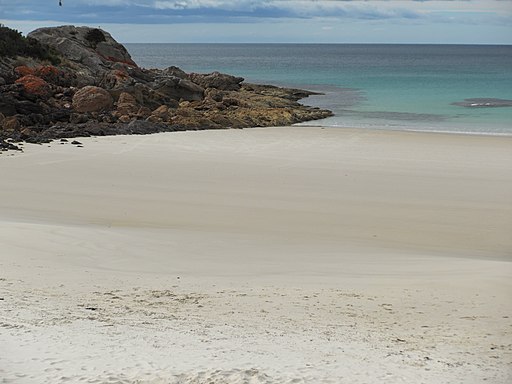