The townships of Port Sorell, Shearwater and the Hawley Beach form the western bank of the mouth of the Port Sorell waterway and are a popular northern coast holiday destination. 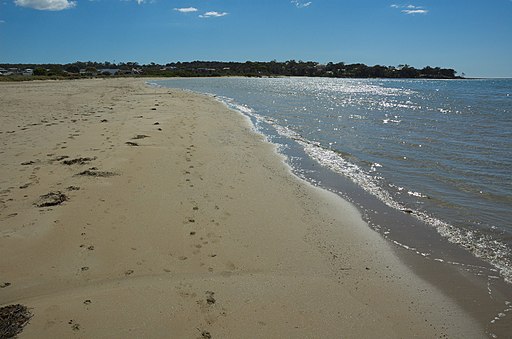 Freers Beach at Shearwater which is at the mouth of the port.

The Port Sorell waterway is the estuary of the Rubicon River and is also feed by other smaller rivers and creeks entering it.

It is quite shallow, being mostly 3 metres deep with the occasional channel going down to 8 metres. It contains many sand and mud banks which can be seen at low tide.

The general area of the Rubicon Estuary is considered a very important bird conservation area, particularly for the Pied Oystercatcher, which feed on shell fish.

The Panatana Rivulet that runs through the middle of area of the Port Sorell township. Pantana was the name given to the region by the local aboriginal peoples.

The first European settlement was from fishermen and sealers and a little later the collection of wattle bark for use in tanning.

The township of some 2,000 people is now mostly involved with fishing and servicing the local farms and holiday makers that come there. 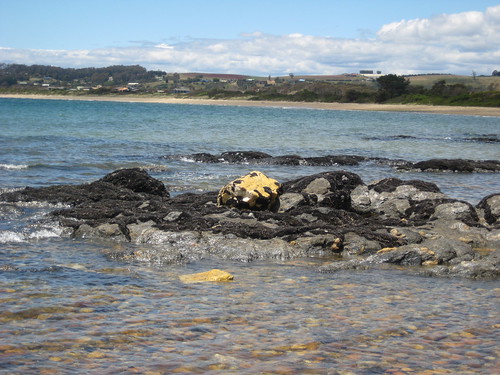 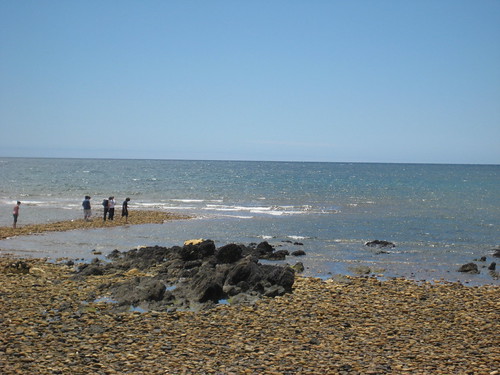 Looking Out on Hawley Beach" (CC BY-SA 2.0) by bryceroney