The gateway port between Tasmania and the mainland of Victoria, Devonport sits at the mouth of the Mersey River among rich and cultivated farmlands. 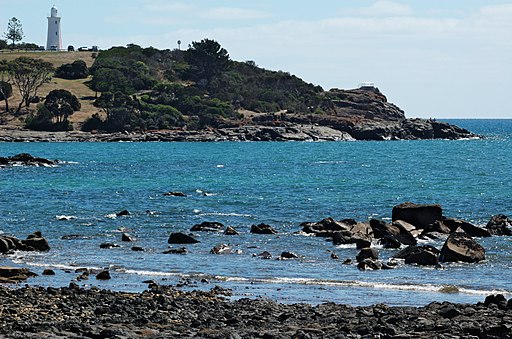 Mersey Bluff and its lighthouse at the mouth of the river.  Aboriginal peoples used this area for thousands of years and ancient aboriginal carvings can be found on  the bluffs rocks. 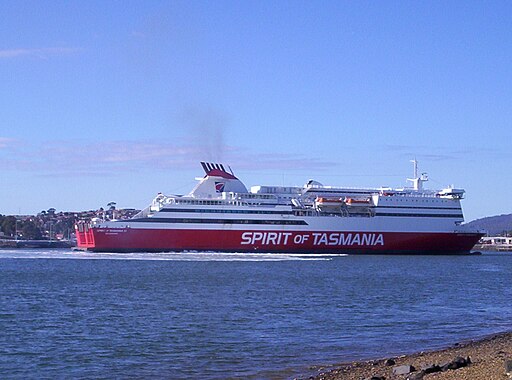 By Mbruce at English Wikipedia [Public domain], via Wikimedia Commons

One of the Spirit of Tasmania ferries that nightly make the journey, carrying freight and passengers (and their cars) between Devonport and Melbourne. 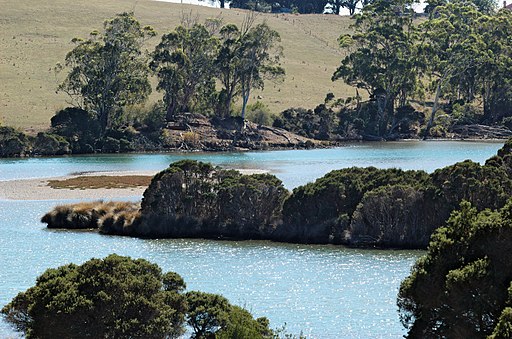 The countryside around Devonport is well worth visiting. Here the Don River, just to the west of the city, make its tranquil way to the Tasman Sea.

By Ghouston [CC0], from Wikimedia Commons

Devonport was mostly bypassed in the establishment of the early towns in Tasmania due to the rugged forest that clung to both sides of the Mersey River and the coast.  Due to the areas rich soils, agricultural use of the land saw the development of two towns, one on either side of the river.  In 1890 these two towns combined to form Devonport.

The city with its cross Tasman ferries and airport is now the first point that many people arrive at in Tasmania and is a key staging point for those wishing to visit the attractions of northern Tasmania and the Tasmanian wilderness.

The central business district of the modern city of some 30,000 people.

The central city has theatres and convention centres and numerous hotels and cafes. Attractions include: the Devonport Regional Gallery, the Tiagarra Aboriginal Culture Centre featuring aboriginal culture and local rock carvings and the Bass Strait Maritime Centre, a museum of nautical history of Bass Strait and the city itself.

Devonport is Tasmania’s northern and very much working port and railway terminal moving much of the states exports and imports.

A vintage railway car now part of the Don River tourist railway that operates only a few minutes west of Devonport.