Triabunna came into existence as a garrison for soldiers servicing the penal colony on Maria Island and its position on the protected shore of Spring Bay soon resulted in its use as a port.

With a population of less than 1,000, it is still the second largest township along Tasmania’s eastern coast. 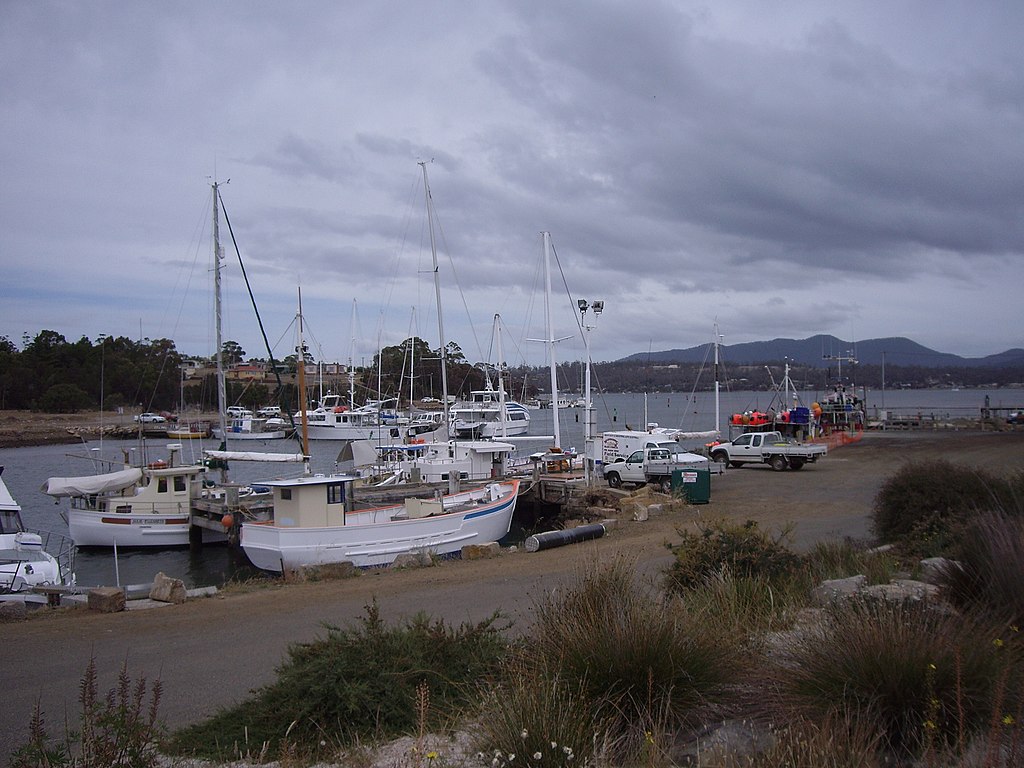 A long connection with the sea

Triabunna in its beginnings hosted a whaling station and is well known as a prime fishing area and maintains a small commercial fleet of fishing vessels.  The township also produces sort after Tasmanian mussels and scallops.

The Spring Bay provides good boating waters and their are ocean beaches at Alginote Bay and Raspins Beach south west, outside the bay.

During the first half of the 19th century Maria Island, off the coast of Triabunna, was a  penal settlement.  Some 80 troops and officers were stationed in the barracks during this period.

After the removal of the troops the barracks did their time, probably as horse stables and now are under restoration as historical buildings.

Picturesque and historic and Maria Island can be reached by ferry from Triabunna.

The island includes the remains of the old penal colony from the first half of the 19th century and some impressive coastal scenery.