A former commercial opal mining settlement that supplied a great deal of the world market, White Cliffs hangs on as a small community in the harsh New South Wales outback terrain, north of Broken Hill and Wilcannia. 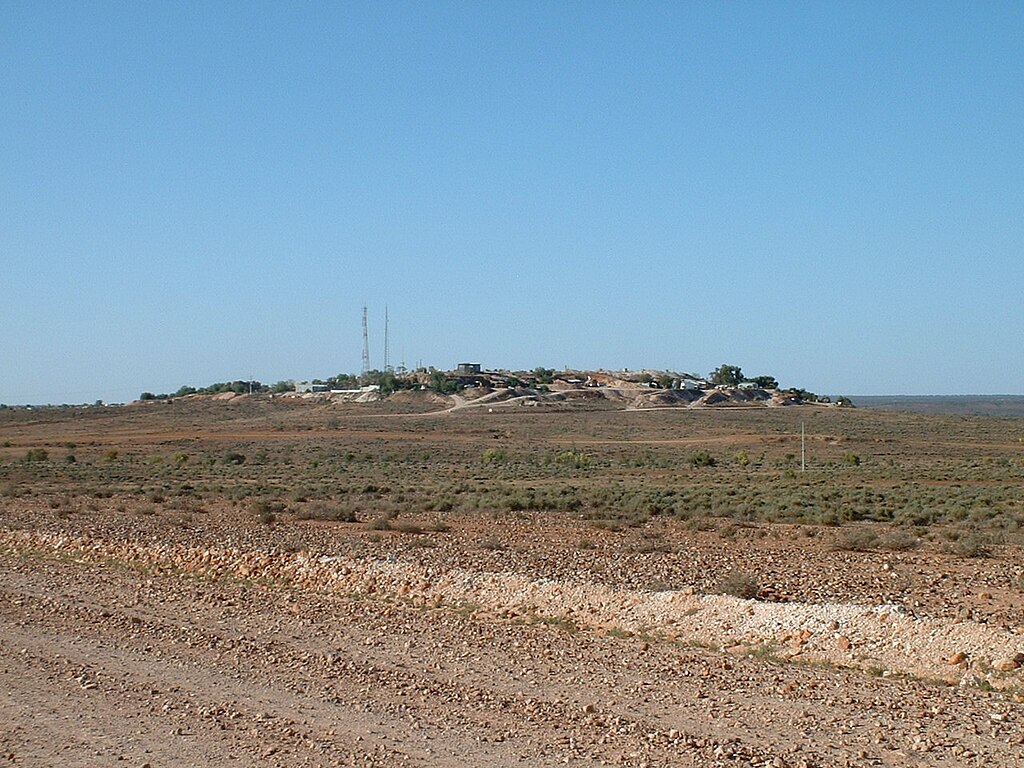 The pitted landscape of the White Cliffs opal fields. The town was named after the white shale outcrops in which the gem is found.

Opal was first found in the area in 1854 and a few years later high quality stones were found that kicked off a mining rush to the area resulting in 600 hectares of mining claims. In 1897 a piece of opal worth 8000 pounds was found and even more prospectors arrived to the area with the population reaching somewhere around 4,000. For more than a decade the town flourished and supplied world markets until the best grade deposits had been mined out. Today there is no commercial mining occurring, however opals can still be found.

The township is known for its underground dwellings set in old mining shafts to escape the heat. The town population fluctuates between 50 and a few hundred, with some residents moving closer to the coast in the summer months.

An example of the opal found at White Cliffs. The sample is located in the Cleveland Museum of Natural History, Cleveland, Ohio, USA, CMNH 10146 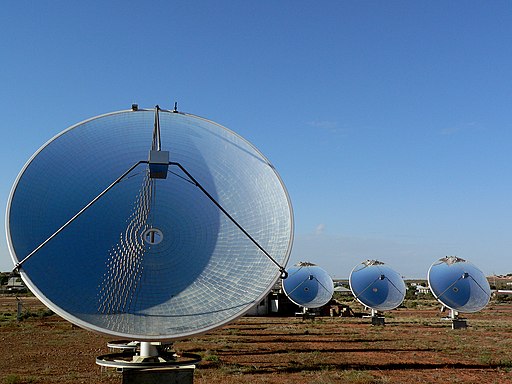 The town is the site of Australia’s first Solar Energy Research Station being operated by the City of Broken Hill. 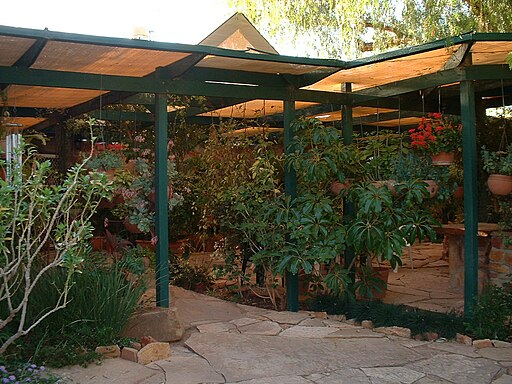 The entrance to PJs underground Bed and Breakfast.