One of the earliest wine producing areas in Australia, Mudgee was the second township to be established west of the Great Dividing Range and on the rich soils on the shores of the Cudgegong River.

While the area was explored as early as 1821 and a village formed in 1823, the problems of crossing the Great Dividing Range slowed its initial development. However, as with many of the towns west of the Great Dividing Range, their beginnings were influenced by the mid 19th century gold rush and what was a small village rapidly grew under its influence.

The old homestead “Devonshire”, in the Yarrabin (Merrendee) district, was built circa 1860.

The gold rush eventually petered out and Mudgee then relied on the rich soils of the region and around the Cudgegong River which were found ideal for the production of wool, livestock, cereal crops, vegetables and wine. The first wineries were planted in the region in 1855 and within 3 years were producing wines. There are over 500 hectares of vines in the higher altitude climate of the region. Now more than 350 wine varieties are produced

One product of the gold rush was the arrival of the parents of one of Australia’s greatest poets, Henry Lawson, who were married in Mudgee. 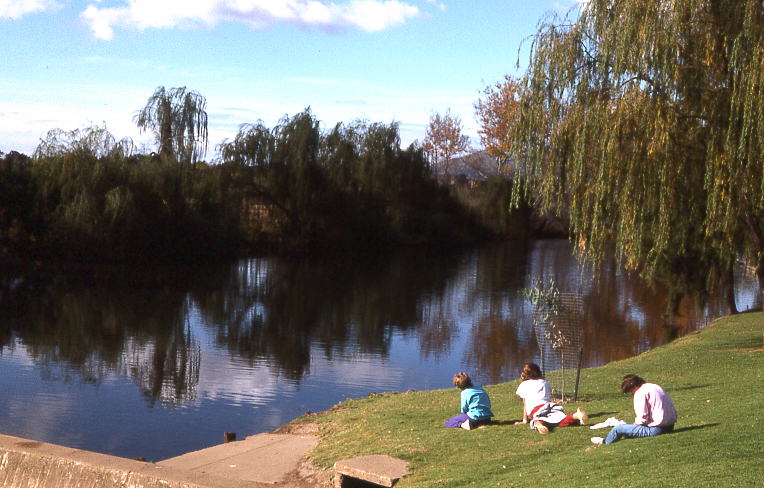 The Cudgegong River as it flows by the town.

The grand railway station built when the railway was extended to the town in 1884.