In the very north west of the New South Wales outback at the meeting of the borders of three states, the Sturt National Park consists of harsh terrain of gibber plains, mesas and the sandhills of the Strzelecki Dessert. 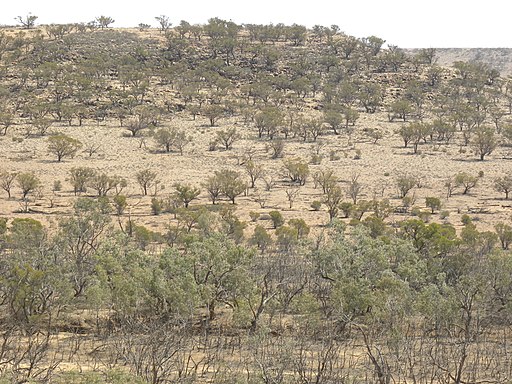 dnatheist [CC BY 3.0 ], via Wikimedia Commons

One of the mesas of the Olive Downs region.The mesas rise 150 meters above the surrounding plains and are the remains of an ancient mountain range.

The park sits in the very north west corner of New South Wales and shares a border with South Australia to the west and Queensland to the north. The meeting spot where the three state boundaries met is called Cameron Corner.

The park covers an area of around 325,000 hectares and is just north of the small township of Tibooburra. 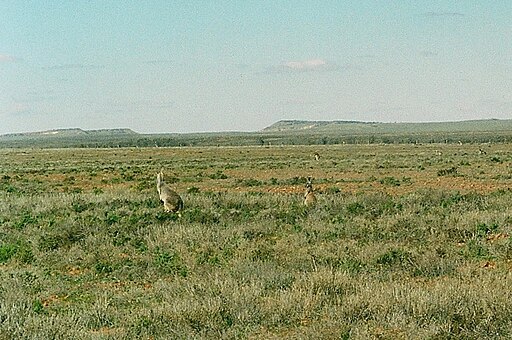 Vegetation in the park varies quite a deal from the flood plains of the east with occasional trees and rocky outcrops and creek beds (including Mount Wood and the Gorge Lookout), to the mesas of the central Olive downs and going west the gibber plains are replaced by sand dunes of the Strzelecki Desert.

Western grey and red kangaroos make the park their home and eat the shrubland. While at times appearing quite desolate, after good rains the park can explode with wild flowers.

The ruins of the fort Grey homestead.

Camping grounds can be found in the Olive Downs, Mount Wood, Fort Grey and Dead Horse Gully close to Tibooburra. A heritage museum can be found in Tibooburra with artifacts from the sheep stations that once existed in the Sturt National Park and the former Mount Wood station now offers accommodation in the 19th century homestead.

The park is named after Charles Sturt, an Australian inland explorer who arriving at Lake Pinnaroo in 1845 and who built a small stockade, Fort Grey, on the shores of the lake which is now a heritage archeological site. Sturt spent several months at Fort Grey and then returned to Adelaide. 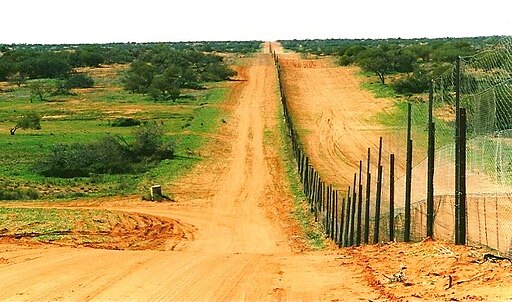 The ‘Dingo Fence’ runs along the parks northern boundary. This is the longest fence in the world at 5,614 kilometers and is designed to keep dingoes out of the south eastern states, after having earlier been used to help control the 19th and 20th century rabbit plague – estimated at 600,000 million rabbits in 1950. 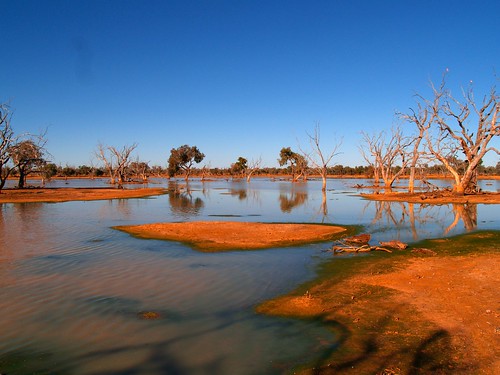 Located in the north west corner of the park is Lake Pinnaroo.  The lake fluctuates between having water and not, however when it has, it takes some time to dry out and is a recognised important bird habitat.

By Peterdownunder (Own work) [CC BY-SA 3.0 or GFDL], via Wikimedia Commons

The tree that was marked by Charles Sturt in the Fort Grey area is still standing, a few yards from Lake Pinnaroo.