In the far west of the New South Wales outback and almost on the South Australian border, Broken Hill has always been a mining town with more than 150 years of continuous production and prosperity. 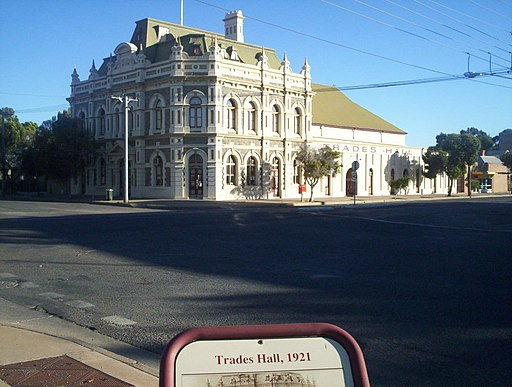 By Jjron [GFDL or CC-BY-SA-3.0], from Wikimedia Commons 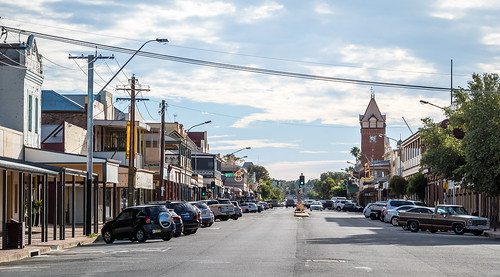 Broken Hill is called “The Silver City” and access to it from the Mildura region in the south is via the “The Silver Highway.”

And rightly so, Broken Hill has been the longest successful mining town in Australia, mining the world’s greatest silver, lead and zinc mineral deposit.

Silver was first discovered in the local area in 1875 and again in 1881 which brought prospectors to the region. But in 1883 a boundary fence rider, Charles Rasp on the Mt Gipps sheep station found what he original thought was a tin deposit. It turned out to be the famous silver, lead and zinc deposit. Rasp had made his fortune and the mining rush began that would result in prosperity for Broken Hill. 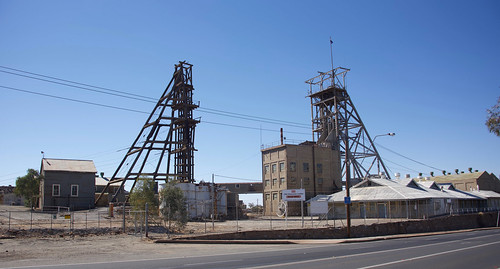 In 1885 the Broken Hill Proprietary Company (BHP) was formed as one of several companies mining in the area.  The towns population soared to 20,000 by 1881 and the town was declared a city in 1913.

The name comes from aboriginal name for the range to the north of the city, ‘willyama’, meaning ‘hill with a broken contour’ – and so Broken Hill.

The mining wealth is evident in the grand 19th century buildings that still make up much of the city.

Despite being in the arid New South Wales outback, Broken Hill boasts a plentiful water supply, coming via pipeline from the Menindee Lakes some 100 kilometers away. 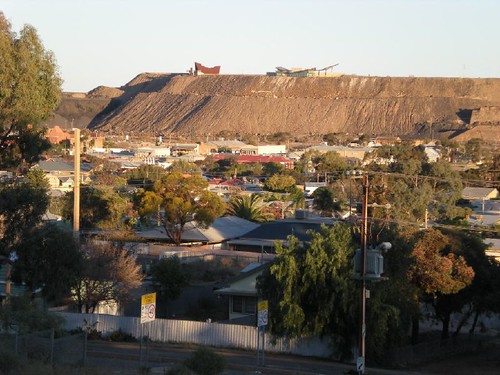 The Miners Memorial at the Line of Load Mine Lookout sits above the town.

The memorial is dedicated to more than 800 miners who have lost their lives in the Broken Hill mines.

The lookout sits on a small mountain of waste rock left after processing, that runs through the city and adjacent to the city centre.

By Jjron [GFDL or CC-BY-SA-3.0], from Wikimedia Commons

The Kintore Headframe was once placed over the main shaft of the Central Mine.

A closer look at the Miners Memorial