The most northern coastal town on the NSW North Coast, at the mouth of Tweed River and sharing the Queensland border with Coolangatta, Tweed Heads is a popular resort town. 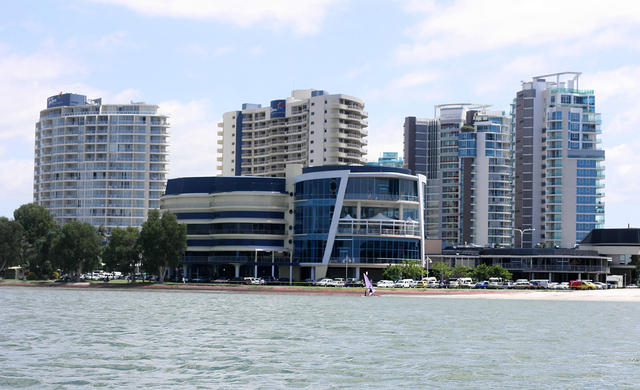 By Gold Coast Info.net [CC BY 2.5 ], via Wikimedia Commons

The popular resort township of around 8,000 people is located in the beautiful Tweed Valley, set on the lakes formed by the Tweed River estuary and with access to several ocean beaches.

While very popular for water sports and beach-going the township is surrounded by national parks and the extinct Volcano, Mount Warning and there is a lot do both on and off the beaches.

The mouth of the Tweed River.

The river estuary forms a series of lakes to the west of the township and for time runs parallel to the coast line forming a long narrow stretch of land where several ocean beaches can be found.

The area is well known for its surfing beaches including at Fingal Head and Duranbah Beach.

Patrolled beaches are to the south of the township at Fingal Head, Letitia Split and further south at North Kingcliff and Kingscliff. 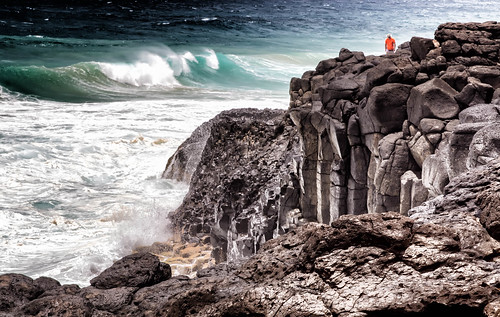 Waves crashing onto the basalt columns of the Devils Causeway at Fingal Head.

About halfway down the long narrow coastal strip between the Tweed River and the ocean, the head is named after the similar formations that can be found at Fingal’s Cave in Ireland.

By State Library of Queensland, Australia [No restrictions], via Wikimedia Commons

Postcard circa 1906 – 1910 showing the fence that separated New South Wales from Queensland.