Port Macquarie is one of the larger townships of the North Coast and sits on the estuary of the Hastings River, surrounded by beautiful beaches and coastal views and with a historic past.

Looking north from Tacking Point toward the river mouth.. 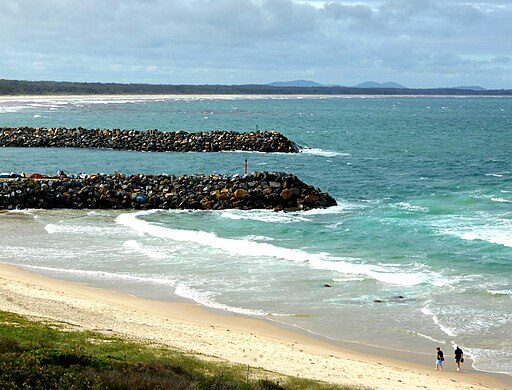 The breakwater at the mouth of the Hastings River near Town Beach. 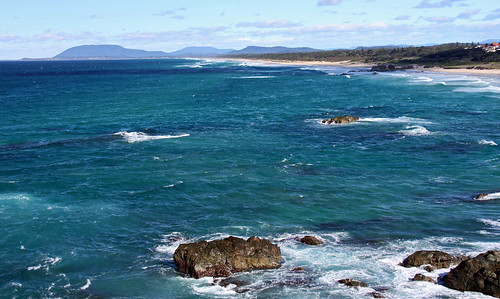 The view looking south from the Tacking Point lighthouse toward Camden Head.

Coastal views include interesting past volcanic formations and clues to the rich soils that make up the inland areas.

By Inas [CC0], from Wikimedia Commons

There are nine beaches to the north and south of the river mouth, with two of these being patrolled during holiday and summer months; at Flynns Beach and Lighthouse Beach on the southern coast.

To the north is the Limeburners Creek National Park, an area over 9,000 hectares of coastal vistas, heath lands and forests offers hiking,camping, fishing and great surfing 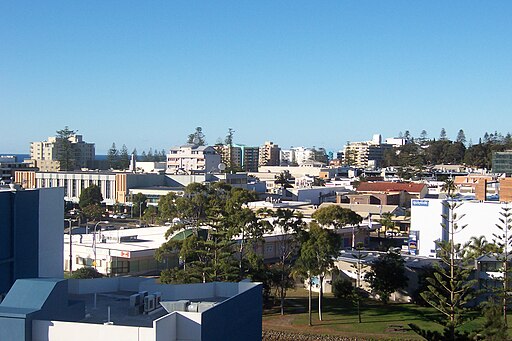 By Kert58 at English Wikipedia (Transferred from en.wikipedia to Commons.) [Public domain], via Wikimedia Commons

The township of over 46,000 people started out as a penal settlement for those who committed further crimes as convicts in NSW in 1821. While these type of prisoners had been kept at Newcastle, it was rapidly becoming a highly populated township and not the isolated area where it was considered such convicts should be located and so Port Macquarie was chosen. Many of the original buildings have disappeared with the oldest remaining being the St Thomas the Apostle church built by convicts in 1828.

By 1823 in fact, more and more settlers had arrived at Port Macquarie requiring the penal settlement move again, this time to Moreton Bay.

In addition to holiday makers, since the 1970s, the region has become tremendously popular as a retirement area. 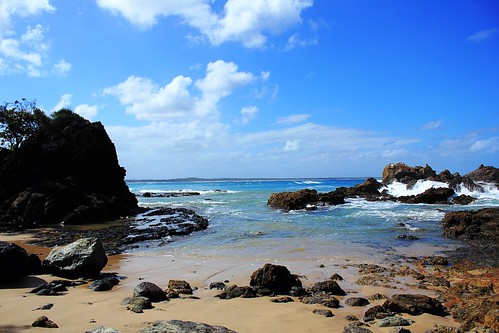