Just an hour south of Tweed Heads and the Queensland border, the subtropical resort township of Byron Bay is famous for its beaches, surfing, scuba diving and music festivals. 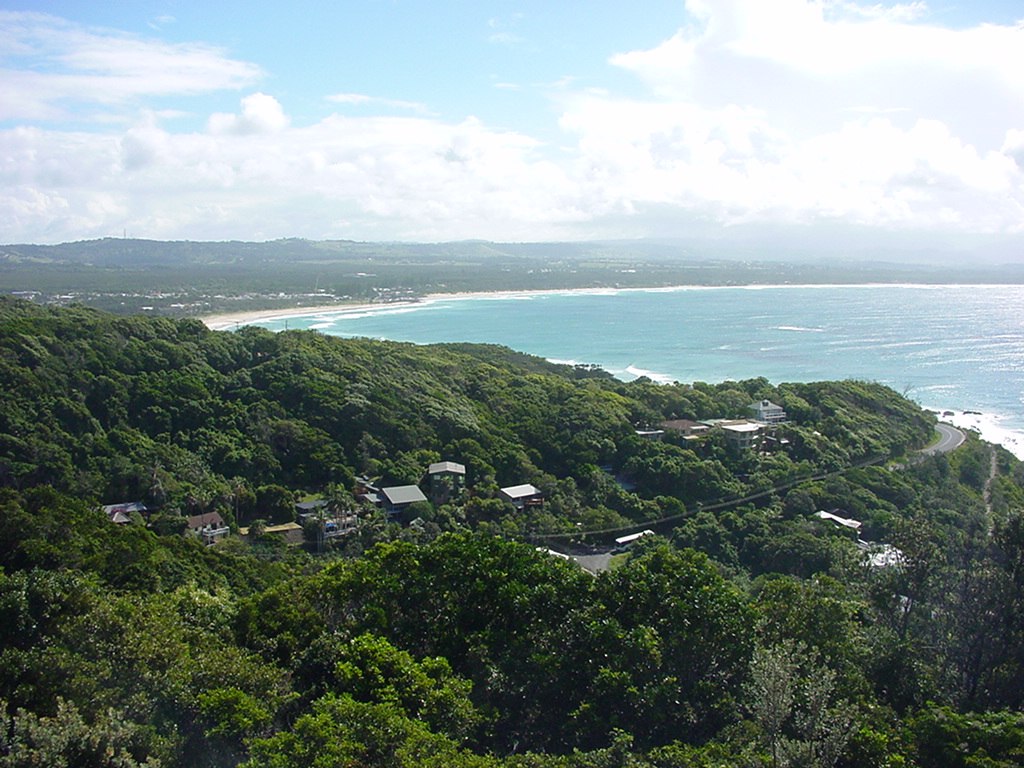 The resort town of Byron Bay sits among heath lands and coastal forest on what was an ancient volcano caldera. In the 19th century, the first industry in the area was logging of the red cedar that grew profusely in the rich volcanic soils and after a short stint of gold mining along the beaches, farming and fishing became the mainstays.

The original rich vegetation can be seen in the local subtropical rainforests, such as in the Nightcap National Park and its Minyon Falls which are within easy reach of the town.

By Visions of Domino [CC BY 2.0 ], via Wikimedia Commons 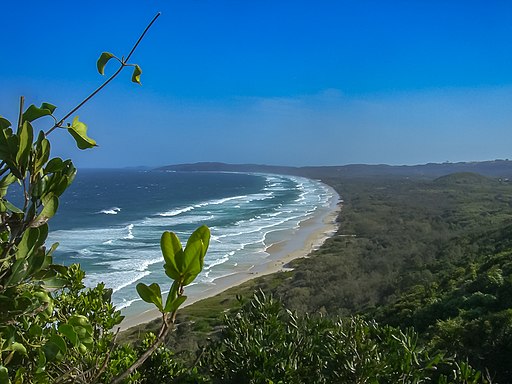 By dronepicr (Byron Bay) [CC BY 2.0 ], via Wikimedia Commons

The beautiful beaches are a main feature of the region and are both popular for surfing and with the relatively warm waters, scuba diving. Whale watching is also very popular and tours operate from the township.

Main Beach at the town is patrolled during summer and holiday months as is the Pass Beach near the Cape Byron headland.

By Evan Malcolm (Picture emailed by the photographer.) [CC BY-SA 3.0 ], via Wikimedia Commons

The Byron Bay Bluesfest now attracts over 100,000 people each easter.