Located in The Domain and adjacent to the Royal Botanic Gardens, Government House Sydney is the heritage listed residential home of the governor of New South Wales. 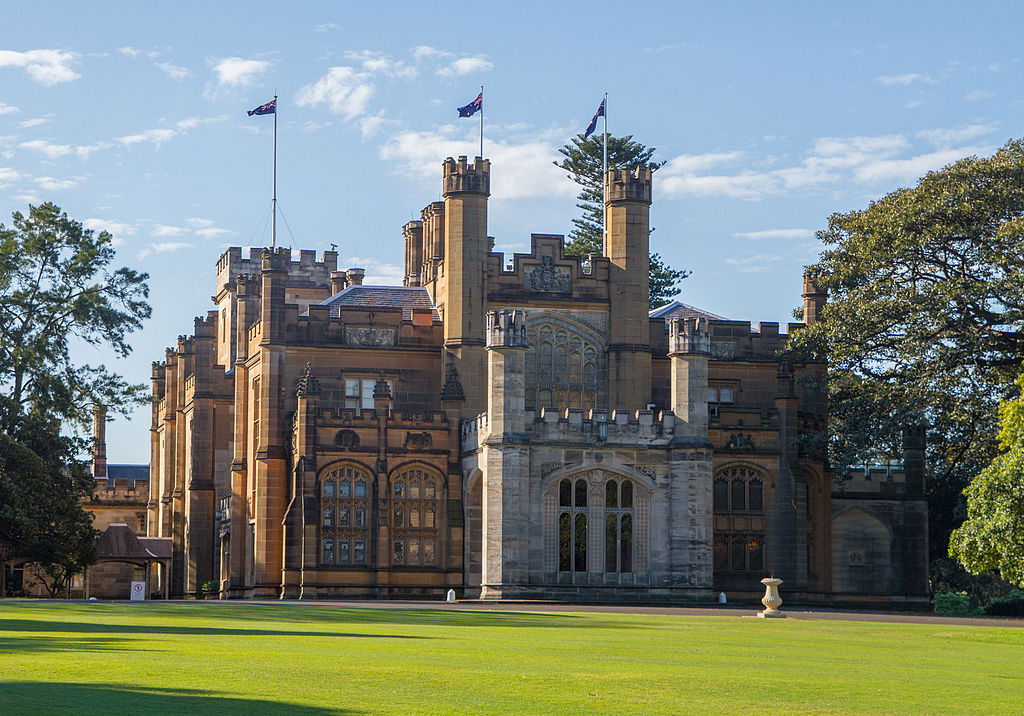 The house with its gothic and castle-like style was built over a period of 6 years, from 1837 to 1843, although additions continued to be made to it until 1900. The first governor to use it, George Gipps, did not take up residence until 1845 in fact.

There have been times when the New South Wales governor has not lived there, but it has been the vice-regal residence continually since 2011.

The former residence for governors is now called the Old Government House and is located at Parramatta, outside of Sydney.

It is usual for the house gardens to be opened for inspection on most days. Guided tours of the house are conducted most Fridays, Saturdays, and Sundays and on all public holidays (with the exceptions of Good Friday and Christmas Day).

Due to the house and gardens at times being used for affairs of state, the normal scheduled tour times can be interrupted and best to check with the government house website..

By Adam Jones from Kelowna, BC, Canada [CC BY-SA 2.0 ], via Wikimedia Commons