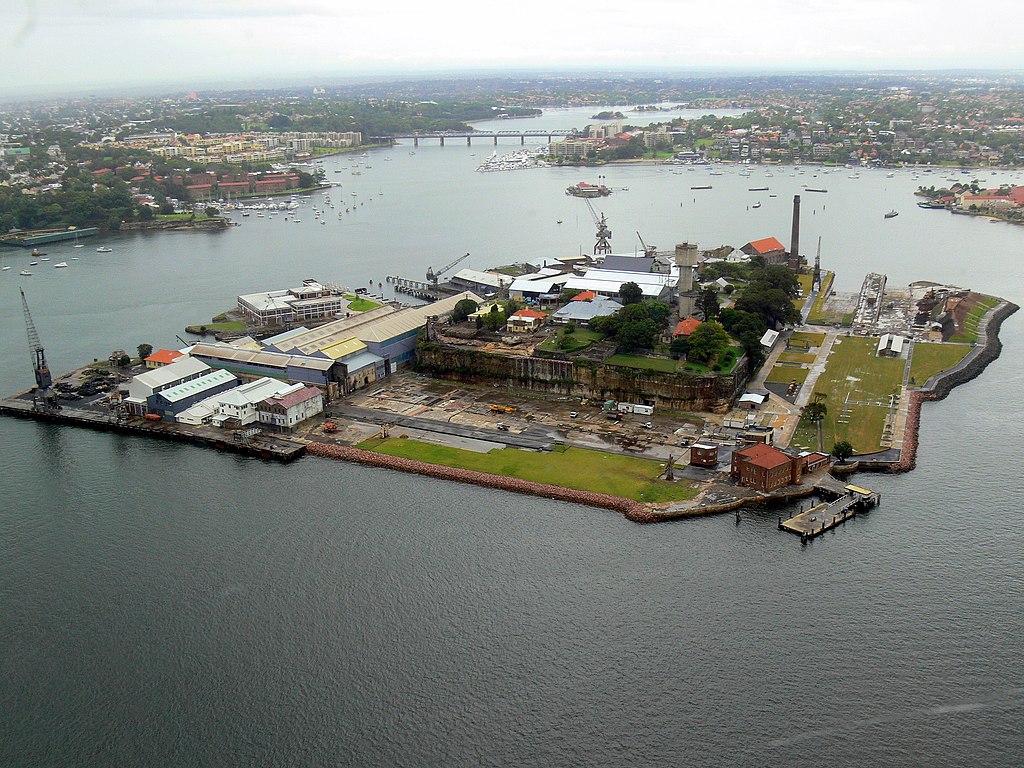 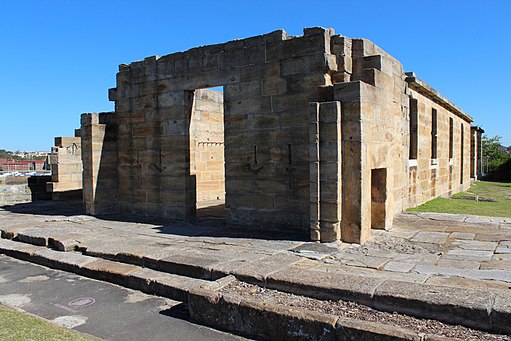 Barracks for the prisoners who worked on Cockatoo island built by their own hands.

Remnants of the shipyards

The island contains many remnants of the large ship building yards, including this giant lathe.

In addition to bringing your own, the island offers established camp sites and original island buildings refurbished as apartments for rent

Cockatoo Island was first put to use as a penal colony in 1839 to ease the crowding of rising numbers of convicts at the remote Norfolk Island colony. The convicts work entailed building the settlement on the island including Fitzroy Dock, servicing Royal Navy vessels that used the dock and providing quarried stone for building in Sydney. Its use as a penal colony ended after 30 years when the prisoners were sent to a prison at Darlinghurst but by 1888 even more overcrowding again saw the island used as a prison until finally closing in 1905.

Use of the island as a shipyard expanded from 1850 forward and in 1913 it became the Commonwealth Naval Dockyard building steel hulled ships, many of which saw service in the world wars.  The island was the principal shipbuilding and dockyard facility in the South Pacific after the fall of Singapore in World War II.  Building and refitting warships, including submarines, continued until 1992 when it was retired. It was not until 2001 that work was done to open the island to the public as a historic site.

The island offers guided, as well as self guided tours, camping and apartment accommodation and is the site for music and other cultural events.

By photographer not identified [Public domain], via Wikimedia Commons

The Australian warship HMAS Adelaide built and launched from Cockatoo Isand in 1918.

Grain silos hewn from the island rocks were one of the projects that prisoners were employed at.