Australia’s maritime history from its first peoples to the present.

On the shore of Darling Harbour in central Sydney, the Australian National Maritime Museum was opened in 1991 and covers the maritime history of Australia from the aboriginal first peoples right through to the present. 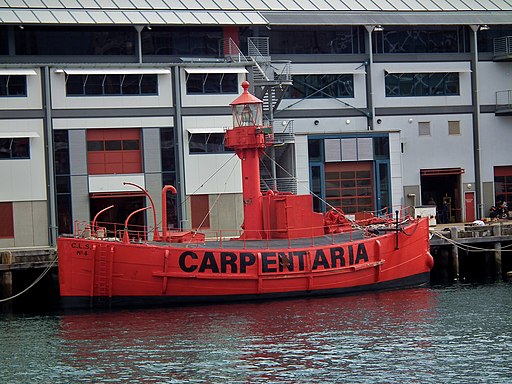 By sv1ambo (Lightship CLS4 "Carpentaria") [CC BY 2.0 ], via Wikimedia Commons

Over 140,000 historical objects on display

The museum is laid out around 6 permanent large galleries, four others which have changing exhibitions and includes an extensive library and over 140,000 objects relating to maritime history.

There are 15 civil and military vessels on display, as well as vessels added as additional exhibitions from time to time. There is even a lighthouse built in 1874 that was transported from Townsville, Queensland and reassembled in the museum. 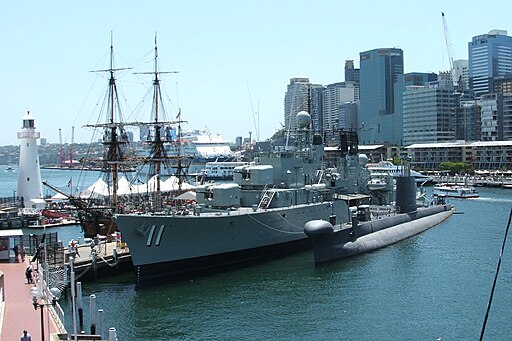 By Saberwyn [CC BY-SA 3.0 or GFDL], from Wikimedia Commons

Onboard warship inspections and other views from the docks

The three ships, the HM Bark Endeavour Replica, the destroyer HMAS Vampire, and the submarine HMAS Onslo, are open for public boarding and inspection with several others, smaller vessels, able to be seen from the docks.

The Endeavour was the ship of Captain James Cook, who was the European discoverer of the eastern coast of Australia in April 1770. The vessel is fully sea worthy and was launched in 1993.