Set along the banks of the Lachlan River, Cora is a important agricultural town and more recently a wine centre for central New South Wales. A World War II prisoner of war camp and subsequent efforts to escape have linked the township forever with Japan.

By No machine-readable author provided. Matilda assumed (based on copyright claims). [CC BY-SA 2.5 ], via Wikimedia Commons

A township with over 10,000 people, Cowra is due west of Sydney and developed out of efforts to find land and settlements after the barrier of the Great Dividing Range was solved by the original Sydney colony. The town was first established in 1844 on the banks of the Lachlan River not long after the first settlers arrived in the area.

The river tends to be irregular in flows and the original settlers were subjected to three drought periods in the 1840s and then a flood in 1870 with the river rising 15.9 meters. Despite this, local farmers held on and Cowra is now an important area for the production of cereal crops, vegetables, wool and meat.

The entrance to the Japanese Cemetery at Cowra.

Cowra is forever connected to Japan through the prisoner of war camp that existed there during World War II. The camp contained Japanese and Italian prisoners. During 1944, 545 Japanese prisoners attempted a mass break out from the camp using makeshift weapons directly in the face of machine gun posts. Including several who committed suicide within the camp, 231 Japanese died. These people and other Japanese war dead from around Australia were buried in a specially created war cemetery which was cared for by local returning soldiers until ceded to the Japanese government in 1963. 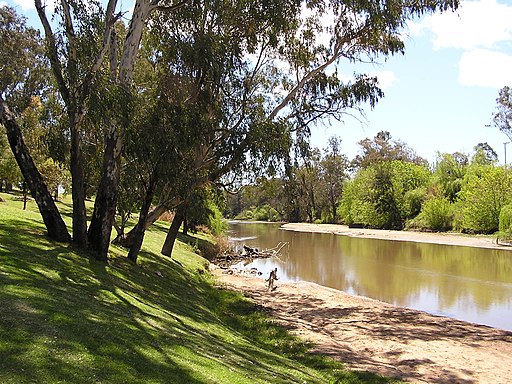 The Lachlan River flows by the town at the end of the main street. The rich soils of the Lachlan Valley have made Cowra one of the premier wine regions in the state. 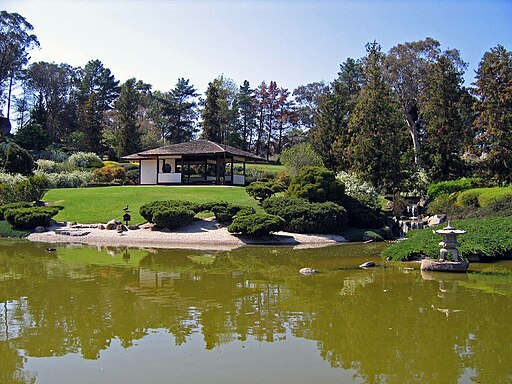 The heritage railway bridge over the Lachlan River, south of Cowra