One of the very early settlements in Australia, Woy Woy is surrounded on three sides by the Brisbane Water branch of the Hawkesbury River estuary and on the other by the Brisbane Waters National Park. The small township is a beautiful retreat a few minutes south of Gosford. 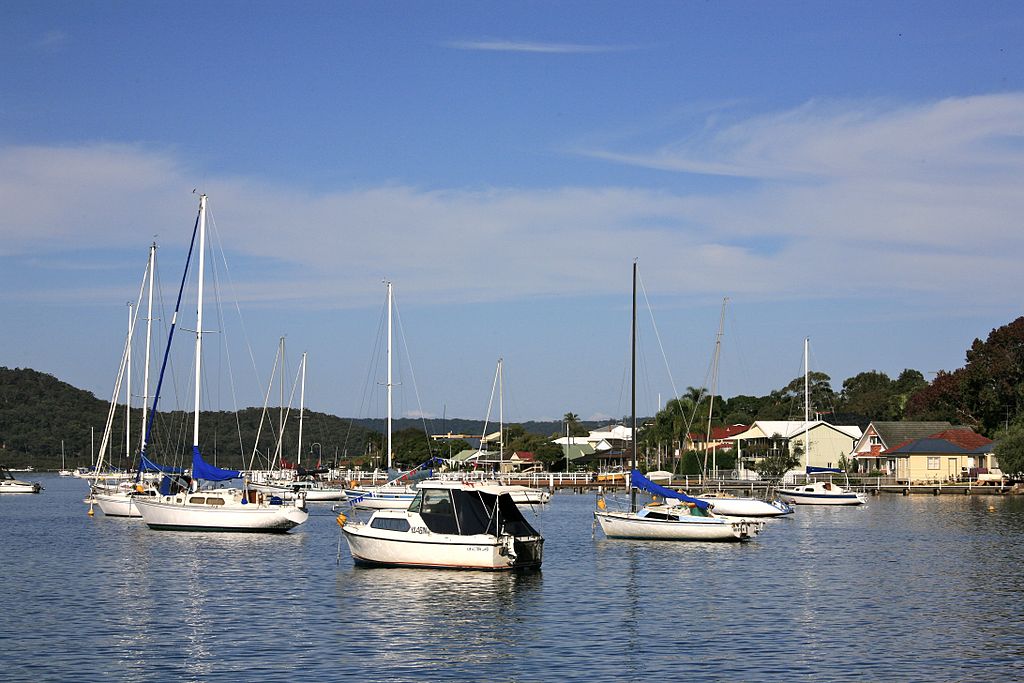 The township is perfectly placed for exploring the national parks, waterways, beaches and small villages that dot this part of the southern central coast.

The town has was given the name Woy Woy from the local aboriginal language which means “much water” or “big lagoon”. The towns relationship with the water, sitting on the Brisbane Water channel to Broken Bay is obvious.

European exploration of the area began in 1788, weeks after the first arrival at Sydney, when the colonists found they needed farm land to support the growing colony. The area was much influenced by James Webb a soldier of the NSW South Wales Corps who had traveled to Sydney as a free man aboard a convict transport in 1790. After completing his soldiering service, Webb asked for and was granted land around Woy Woy and began developing a large farming area with the help of his aboriginal wife, Sophy.

In addition to land farming, the area was known for its oyster farms and ship building. During the mid 1800s a cockle shell collection industry developed to provide the lime for the building of Sydney.

By 1889 the railway line had been extended to Woy Woy from Newcastle to the north and a few years later completed, with it reaching to Sydney. Woy Woy greatly benefited from being directly on the rail line and particularly so with the modern electrical line that was completed in 1960.

Woy Woy: “The Venice of Australia”

By the early 1900s Woy Woy began to develop a reputation as a tourist town, with people coming from north and south to enjoy the local scenery, beaches and fishing. In 1934 a film was made: “Woy Woy: The Venice of Australia” to further promote the town (see below in Video section).

The towns popularity as residential and tourism area continues today.

See page for author [CC BY 2.0 ], via Wikimedia Commons

A commuter town close to Sydney and Newcastle

The township of Woy Woy has around 11,000 people or so and due to good access by highway and rail is considered a commuter town to both Newcastle to the north and Sydney, i.e. many people choose to live there and commute to work in the cities.