Both a suburb and the main city in the Central Coast at the head of the Brisbane Water branch of the Hawkesbury River estuary. Its population, including Eastern Gosford, is around 8,000 or so.

The modern city is just 76 kilometers north of Sydney and now easily accessible by highway and railway line.  The city is the administrative centre for the Central Coast, containing most of the local government buildings, hospital and regional racecourse and showgrounds.  It also contains the main sporting venues for local soccer and rugby clubs. 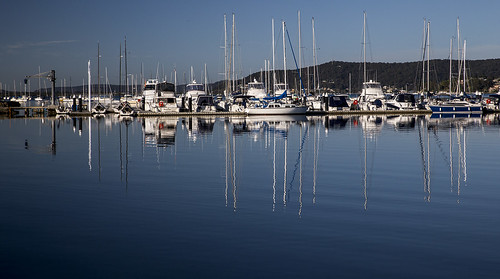 Sitting on the northern end of Brisbane Waters, Gosford always has had a connection to the water. It was settled quite late compared to other Central Coast areas.  However, by 1841 a small wharf and settlement was built in what is now the East Gosford area.  The settlement originally provided a port for steamers and ketches transporting hardwood timbers and which also became the stock for the settlement’s ship building industry. Otherwise, small farms and orchards began to spring up in the land which had been cleared of timber.

When the railway arrived in the 1880s this brought considerable expansion to the town and in fact the entire area and remains a vital connection for the now city to Newcastle in the north and Sydney in the south.